Happy Lunar New Year, Wise One! This is the second of my 3 new year celebrations and one of my favorites as an astrologer!

This holiday is celebrated by more than 20% of the world and originates in China. It’s the most important holiday in the country and for Chinese people all over the world. Across Asia, it is also known as the Spring Festival, despite the winter timing. People begin to welcome the prospects of seedlings and new beginnings that are in line with the energy of the first New Moon of the Year.

In addition to China, countries like Thailand, Japan, The Philippines, Vietnam and North & South Korea also observe this holiday. Because the Lunar New Year goes according to the lunar calendar and the first new moon of the year, it’s a moveable festival.

Based on the Lunar calendar, Spring Festival would begin on January 1st and last 15 days or until the moon begins its Full Moon phase. So last year we celebrated the Lunar New Year on February 4, 2019 but this year it falls on January 24, 2020. Because the number of moons that we have each year differs (based on it being a leap year or not), the Lunar New Year can range from January 21 to February 20.

In the Asian tradition, this day is a time for ancestor veneration. The Spring Festival origins were in the ceremony of praying to the gods for a prosperous planting and harvest season. There is also great lore about fighting off the monster named Nian. His time to come out and terrorize the people was during New Year’s Eve forcing them to stay locked inside. One year, a young boy found the courage to fight the monster using firecrackers. When the people discovered the monster was gone they set off more firecrackers in celebration, creating the origins of their modern day use in Lunar New Year celebrations.

In current times, people stay awake on the Lunar New Year’s Eve and set off firecrackers at midnight. They also burn hell notes and set out gold bars on altars to send wealth and prosperity to their ancestors who have crossed over. In the morning, firecrackers are used again to welcome the year and good luck with their family and loved ones. Just 15 days later, during the first full moon of the lunar new year is the Lantern Festival. I always see the iconic release of paper lanterns during the full moon light and a big party in my mind’s eye when I think of this time.

Like my own ancestor altar and practices or Mexican Day of the Dead traditions, they believe the offerings will bring fortune and good luck to their ancestors in the afterlife. As an avid moon watcher, I love being able to draw from Lunar celebrations and traditions from all over the world. It helps me to expand my sense of connection to our mother in the sky

Of all of the celestial bodies that capture our attention and fascination, none has a greater influence on life on planet Earth than its own satellite, the moon. When you think about it, we regard the moon with such powerful significance that unlike the moons of other planets which we give names, we only refer to our one and only orbiting orb as THE moon. It is not a moon. To us, it is the one and only moon.

For many of us, our very first experience of learning about the celestial bodies begins when we saw our first full moon in the sky. It is truly a magnificent view even to the naked eye. If the night is clear, you can see amazing detail of the lunar surface just star gazing on in your back yard.

Naturally, as you grow in your understanding of astrology, you will find many celestial bodies fascinating. But the moon may always be our first love because is the one far away space object that has the unique distinction of flying close to the earth and upon which man has walked.

The moon represents feminine energy in Astrology and has a direct effect on women and their menstrual cycle, which synchronizes to the 28 to 29.5 days it takes to make its way through the all its phases. The moon works its way into our way of thinking, our feelings about romance, our poetry and literature and even how we feel about our day in day out lives in many cases. It is not only primitive societies that believe in the mood swings, changes in social conduct and changes in weather due to the moon. Even today, a full moon can have a powerful effect on these forces which we acknowledge even if we cannot explain them scientifically.

The most obvious physical phenomenon that is directly affected by the gravity of the moon are the tides of the ocean. The tides are an integral part of how maritime life is regulated and the comings and goings of the fishing world in coastal communities. But not very many people know that at certain times of the year when the orbits of the earth bring the sun and moon into right alignment, there can even be tidal effect on inland bodies of water and even on the solid earth. Eons ago, when the moon’s orbit was closer to the Earth, it was the effect of the moon that caused massive changes in the topography of the land and on continental drift as well. This reflects the powerful effect the moon has had on both human history and on global geographical history as well.

You may sometimes wonder where the moon came from. Was it a planet that traveled too close to Earth and was captured in our orbit? Actually, the prevailing theory of modern science is that the moon was the result of a large-scale collision with the still developing Earth early in its development which caused this large “chuck” to spin off into an orbiting body. This explains the similarity to our home planet and has been confirmed by many of the moon exploratory space missions that were conducted by NASA.

But this also highlights another important influence the moon has had on Earth’s development, and that is the stabilization of Earth’s orbital pattern. The Earth is not round but more of an egg-shaped orb. Without the moon’s stabilizing influence, the Earth would wobble leading to dramatic shifts in the tilt of Earth’s axis, the polar caps and each seasonal rotation producing climate changes we wouldn’t sustain well as a planet.

It is possible that life as we know it could not have developed here had the moon not been there to “keep the Earth in line” and continue to stabilize the orbital position of the Earth, so our climate could remain stable and mild. I guess that just reinforces the idea that the Moon is the source of maternal energy and natural ruler of the sign of Cancer. Considering the recent full moon lunar eclipse that we had in this very sign…dedicating some time to understanding the Moon and all her glory makes sense!

Of course, to take your moon gazing and ritual to the ultimate, it is good to learn where your natal moon is both the sign and house. It will give you more sense of orientation about where you might look next in the huge night sky, at the moon and beyond it in your quest for knowledge about the seemingly endless universe above us. 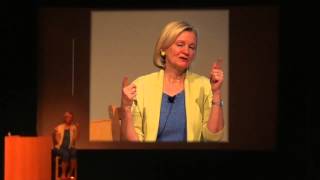